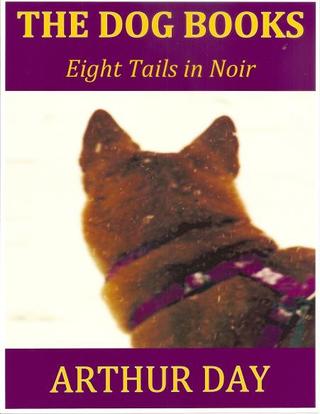 Edward is sprung from the pound for guard duty. He has the pedigree for it, but discovers his emotional side as his relationship with Monica, a talented New York artist specializing in replicating the works of lesser-known deceased artists, deepens. Which is the real Edward? Find out in SCRATCH ME WHERE IT HURTS.

Will life on the circuit bring Val out of her funk? Charlie the Yorkie misses his shot at the title when Val, his substitute handler, falls before the judge. Will she honor her promise to get him back for another try, or will her relationship with Scott take priority. But Charlie is discovering another side to life as the seductive Francis occupies his attention. Can he consummate the affair before Val intervenes in DOWN, MY LOVE?

When will Brother Locke see the truth? The ex-hacker takes time from his quest for the Ultimate Key when Inspector Ramsey asks him to decipher clues on a hacked national security website. While the good Doctor looks on, Locke rises to the challenge but can't bring himself to admit the obvious. Find out why in THE ADVENTURE OF THE SPOTTED TONGUE.

Does life on the street crush self-esteem? Jimmy is up for adoption, but who wants a pit bull once owned by a drug dealer. He gives back to the community by coaching his shelter mates on ways to improve their chances for a ticket out (e.g., 'Be Sleek, Be Chic, Be French'). Will Jane adopt Jimmy or will she listen to reason in SHOW ME THE CAT?

Is delayed gratification hard to chew? Two college students visit Trevelyan Abbey with a secret plan to pilfer a long-lost treasure. But the seductive Lady Morgana has other ideas on how to entertain her tasty visitors. Will she follow the witchcraft traditions of her ancestors and give the boys a night to remember? And what will Vicki, her Belgian Malinois get out of it in AFTER DINNER, MY SWEET?

Can Helen adjust to a change in lifestyle? A dealer at a casino, she takes in Ed, a big red husky, after her son dies in a car crash. But Ed runs away. Was it his refusal to adjust to this new environment or was it Helen's depression? He makes his choice when Helen's life is at risk in END OF MY LEASH.

What is the price of unconditional love? Channing, Best in Show winner, is looking for an emotional connection after losing interest in his stud farm duties. Will he be pushed aside as Stephanie's relationship with Bill deepens? Or will secrets from Steff's days on Wall Street doom both of them in PAYMENT IN FUR?.

Murder in the Script

Remember the Future: Seven Mysteries along an English Canal

Filming a travelogue on an idyllic canal is disrupted by murder, an ancient Order and amazing archaeological discoveries